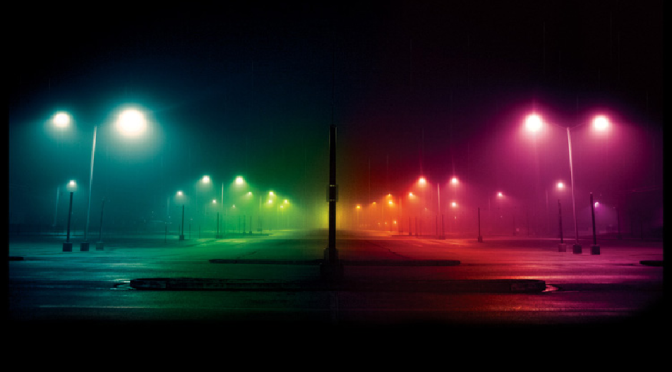 WE ARE ALL CONNECTED!

I may have mentioned that one or two times before. It is this message I think we need to focus on the most, looking forward to 2020. We all share the same blood, as the song says. We can’t continue to mistreat each other. We can’t continue to live with the idea that one religion, one race, one culture is better than the other. That is the opposite of coexistence. That is the opposite of kind. We cannot continue to condone cruelty and hate. we cannot continue to make assumptions about people we do not know or people who do not look or sound like we do.

This New Year, choose love and kindness. Take yourself out of your comfort zone and get to know someone who you think is nothing like you. You will be surprised as to how much you actually have in common.

We are truly at a crossroads as a people, a species! Our nation is at a crossroads. Hell, our planet is! And, so is our humanity. For those of us who follow Christ, so is our religion. So are all religions that condone hate and exclusivity. As we ALL seem to be at these crossroads together, it is time to find a common path we can travel together. 2020 is the year kindness truly wins the day. Be a part of the movement. Be a kindness warrior.

This last song is Coldplay’s Arabesque. I hope you enjoy it as much as I do. Happy New Year to all! Music has tremendous power, and in the context of these lyrics about unity across the world, this means that if everyone used the power of music instead of guns, the world would be a better place.

“Coldplay’s recent release “Arabesque” is about bringing the similarities of people into focus, regardless of language, upbringing, or race. It uses metaphor and abstract imagery to paint a picture of what human beings share with each other: the same blood.

The word “Arabesque” has several definitions, but, because of the complex and layered production of the song, the one that probably inspired the title is this one: “a passage or composition with fanciful ornamentation of the melody.”

By saying that we share the same blood, the lyrics are saying that we all want the same things: to be loved, to be seen, and to be accepted. And when we don’t get those things, we are all hurt. It relates to the phrase, “We all bleed the same,” which means that regardless of race, everyone is mortal. If you cut deep enough (metaphorically as well as literally), we’re the same. Everyone’s blood is red, and everyone has emotions and hopes and dreams and a past.

The first verse uses the metaphor of water to look at humanity from an abstract perspective. Individuals, here, are seen as parts of a larger whole. Whatever a person’s experiences, Chris Martin is saying that their life stories are “two angles of the same view” of humanity and life. The statement “I could be you, you could be me” is likely representative of a belief held by some, that birth is random and that there isn’t a guiding force behind what family someone is born into. He’s likely saying that if things had been different, they could have been born into the other’s life.

The majority of these lyrics are in French, so here is the English translation.

Stromae continues to use forms of water as a metaphor for how similar each individual is as a member of the human race. While “two drops of water” may be seperate, they are made of the same substance, which is what “Arabesque” is telling us. Though we may come from different backgrounds, or races, in the end “we share the same blood.” We’re all human, and in that alone there is a shared understanding and equality between us. This verse talks about the separate individuals gathering “to make big rivers.” The message of this verse is that if we were to focus on what brings us together, rather than what divides us and work together, we could make a bigger and more powerful impact on the world.

This sample comes from a clip of the late Fela Kuti, a Nigerian musician and activist. (Fun fact, Fela Kuti’s son and grandson play some of the instruments on this song.) Music has tremendous power, and in the context of these lyrics about unity across the world, this means that if everyone used the power of music instead of guns, the world would be a better place.

Deeper Meaning of “Arabesque” by Coldplay

Coldplay’s “Arabesque” is about unity in all of humanity. Deep down, people are a lot more alike than many want to believe. Even someone we dislike may have some of the same fears or hopes as us. More importantly, we are all created equal and no one is better than the other. We all have our imperfections and we all have our strengths. Though we may be created differently and choose to believe different things, those differences don’t need to divide us.”