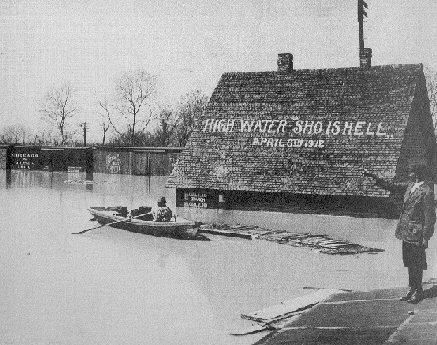 It’s floodin’ down in Texas.

I wish I could send this water to Australia. Truly, I do.

As I headed down to the Mitsubishi dealership bright and early this morning (Still trying to make sure everything is roadworthy as I resume my driving today), Bob Dylan popped up in my Spotify playlist. Believe it or not, as I sloshed through the high waters on Bowen road in Arlington, the song High Water came on.
As I listened intently for some further mystic message, because I was really paying attention now, I heard ol’ Bob make reference to Kansas City, 12th and Vine. Hmmm, that sounded familiar.

Sure enough, that corner was made famous from that song about goin’ to Kansas City.

“I’m gonna be standing on the corner
12th Street and Vine
With my Kansas City b?aby
And a bottle of Kansas City wine.”

Ok, that song, ‘Kansas City’ was written by Jerry Leiber and Mike Stoller two 19-year-old students in Los Angeles who had never been to Kansas City. So, maybe that isn’t the message I was looking for. Back to Dylan’s High Water. Dylan wrote this song as an ode to Charley Patton.

Ok, now we are getting somewhere!

So who was Charley Patton and what might he be echoing to us today?

“Charley Patton was arguably the most influential pioneer of the Delta Blues genre. Charley was born in the late 1800s. One site says 1891 but there is no official birth record. Charley Patton has been called the Founder of the Delta Blues. He was born between Bolton and Edwards, Mississippi. Patton was of mixed black, white and native American ancestry. In the early 1900s his family moved to the Dockery plantation. Patton’s travels took him from Louisiana to New York, but he spent most of his time moving from plantation to plantation, entertaining fieldhands at jukehouse dances and country stores. The emotional sway he held over his audiences caused him to be tossed off of more than one plantation, because workers would leave crops unattended to listen to him play.”Although Patton was roughly five feet, five inches tall and only weighed 135 pounds, his gravelly, high-energy singing style made him sound like a man twice his size. An accomplished and inventive guitarist and lyricist, he was a flamboyant showman as well, spinning his guitar, playing it behind his head and slapping it for rhythmic effect.

He also preached in local churches, played for the deacons of New Jerusalem M.B. Church here and recorded religious songs, folk ballads, dance tunes, and pop songs.“High Water Everywhere,” a dramatic two-part account of the death and despair wrought by the great 1927 flood, is often regarded as his masterpiece.

His songs offered social commentary and provided propulsive music for dancing. Patton sometimes employed multiple spoken voices to create his own cast of characters. While he was an inspiration to many musicians, including Howlin’ Wolf, Robert Johnson, Tommy Johnson, Willie Brown, Roebuck “Pops” Staples, Bukka White, Honeyboy Edwards, and even Bob Dylan, the individualistic quality of his singing and playing was so inimitable that relatively few blues artists ever attempted to record Patton songs. Patton’s last wife, Bertha Lee, lived with him in Holly Ridge and recorded with him at his final session in New York for Vocalion Records in 1934. Patton died of mitral valve disorder at the age of 43.When he died, he was buried in an unmarked grave. John Fogerty later had a memorial erected to correct the slight.

So here is today’s message, brought to you by Charley Patton…

And who better to deliver the message we need to hear than a man of God, of mixed race, and a man who sings the blues. We are on the precipice. No need to worry about falling because the flood is rising to us. The one thing I know about the blues is this, it is all about what ain’t right in the world and it is usually followed by change, big change. That flood is coming. Here is what each of us must contemplate on this rainy day:

When the flood comes and changes everything, will you adapt and change with it? Or will you cling to the ledge of old, tired idealogy that continues to split us all apart. It is time everyone started realizing,

WE ARE ALL CONNECTED!

The flood is coming, but it doesn’t mean the end. It means it is time to change the way we think about and treat each other. It is time for compassionate and kind leadership. It is high time for us to not just speak of loving each other, but show that love in our actions, in our daily living, in our religion, in our social media posts, in our language, in our laws, in our choices, our policies, our faith, and in our hearts.

If we heed the message, if we join together as God would have us do, the flood will carry us to that brighter day, together. If we stand apart on the precipice, we will just be washed away.

The blues are playing.

Kindness is the key.

For more information about Charlie Patton, or the Bob Dylan song that I referenced, below are some links you might enjoy.